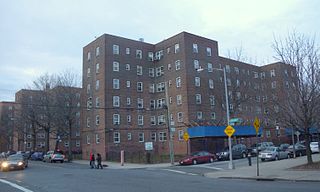 At about 1pm on Sunday a transformer near Jay street blew out, interrupting subway service between downtown Manhattan and Brooklyn. Despite the temporary nature of the failure directly effecting service on the A, C, E, F and G lines, other lines far from the source of the trouble experienced delays as well.

Not only did the outage disrupt subway signals causing delays to mass transport throughout the city, above ground three buildings in the Red Hook Houses

, the largest public housing project in Brooklyn, were also affected. Emergency workers from Con Edison and electricians from the New York City Housing Authority arrived to the area to resolve any issues. One resident on life-support required help.

Governor Andrew Cuomo asked the state to look into the extent of responsibility Con Edison bore for the transformer’s failure.

“ConEd must be held accountable for the multitude of issues with their infrastructure that are too frequently impacting the lives of millions of New Yorkers,” the governor said.

By about 3pm everything was once again up and running as usual, although system failures seem to be occurring with more regularity recently. This past summer was especially difficult in terms of delays, meltdowns and derailments.