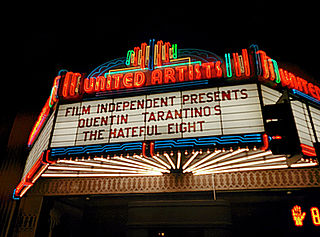 Are you a Quentin Tarantino fan looking for a new place to chill after work? Michael Galkovich has just opened a place in Williamsburg you can call home. Previously the owner of a bar dedicated to Will Ferrell on the Lower East Side, Galkovich brought his talents to what he is calling Kill Bar; a wink and nod to the Tarantino classic, “Kill Bill.”

Opening day was officially on January 31st, but most of that month was the bar’s soft opening.

As a dedicated fan of Tarantino and his oeuvre, Galkovich gathered a team of professionals to bring a touch of Tarantino to the food, drinks, and even the bar itself which was inspired by another of the director’s runaway successes, “Inglorious Bastards.” The owner is happy with the result.

“I just wanted to pay homage to him, his body of work and all the amazing characters in his films,” he said.

Art covers the walls of the Kill Bar, the responsibility of local artist Amar Stewart, whose job was to create and curate the many pieces in the space. One of the highlights hanging of the bar is an oil painting depicting “The Bride” from “Kill Bill.”

Also adding to the ambience are Tarantino memorabilia and scenes from his movies are projected onto an empty side wall.

Kill Bar hosts weekly activities of interest to its customers. On Mondays the bar features movie night between 8pm and midnight. The projections on the blank wall are given their voices back, thus allowing viewers to follow the plot of the movies being shown. On Tuesdays the bar hosts a trivia night, testing customers’ knowledge of everything Tarantino.