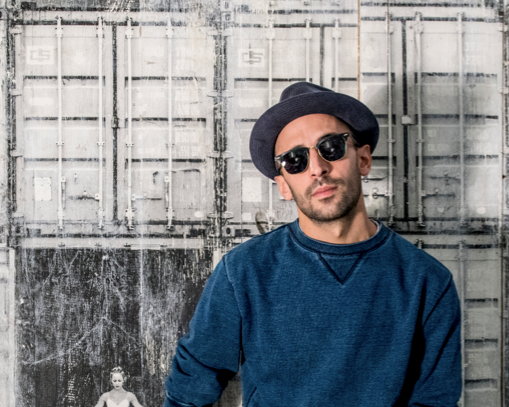 An amazing new interactive exhibit depicting over 1000 New Yorkers and their stories opened to the public at the Brooklyn Museum on October 4, 2019.

The show, “JR: The Chronicles of New York City” is a 21-foot-high, 32-foot wide composite of portraits taken of 1,200 New Yorkers lined up together along the city skyline. If there is someone in the mural a visitor is curious about, he/she with a downloaded app can pull up the story of any of the subjects with a press of a button on their phone.

JR, who is a photographer who is French spent months during the summer of 2018 photographing subjects all over the entire five boroughs of New York City. Drew Sawyer, the show’s curator explained:

“He traveled around the five boroughs and shot people up close, allowing them to pose however they wanted. Then people told him a little bit about themselves — some very personal anecdotes, or about life in New York City more broadly. There’s an app that you can download to listen to all of these recordings.”

JR had people pose in any position that appealed to them. Whether it was running, jumping, sitting, eating, or anything else, he had them stand in front of a green screen and took their picture. Sawyer continued:

“And the subjects are from everywhere. Within Brooklyn, he went to Flatbush, Bed-Stuy, Coney Island, Downtown, Williamsburg — and really tried to capture a wide range of residents to help tell the larger picture of the city.”

The exhibit, which is scheduled for an eight-month run at the museum, includes a ten-minute video showing how the mural was made, the people that participated and other aspects of the creation of the exhibit. There is also a timeline highlighting other projects completed by JR. He has photographed people in places undergoing conflict or other pressures, such as gang violence in Brazil and people involved in the Israel-Arab conflict.

“Often times, a photographer will travel somewhere where an event is taking place, like a political uprising, or a conflict zone and tells those stories for a foreign audience,” said Sawyer. “JR turns that on its head, and really goes to a place and spends time with the people living there … and gives his subjects an opportunity to counter the mainstream media presentati¬on.”