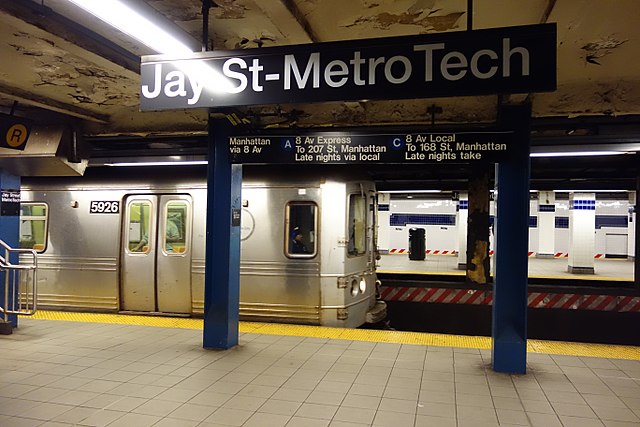 Brooklyn’s Jay Street—MetroTech station, one of the busiest stops in the city, became the guinea pig for new features which were designed to make the lives of commuters with disabilities easier.

Wednesday, October 16, 2019 was the day the Metropolitan Transportation Authority rolled out a slew of helpful enhancements, including raised rubber tiling, new maps that include Braille writing, and audible instructions. The goal is to help anyone with impaired movement, sight or other issue navigate through the station with ease. The MTA has also sought the cooperation of app companies so that smartphone technology can also be employed to aid people through the station, which can often be an overwhelming experience, even for people with a full set of abilities.

The testing period at the Jay Street station is expected to last several months so that the MTA and gather feedback from real life users of the features, to understand if the changes are working, and how they can be improved.

“We want to showcase for you a suite of around 15 different initiatives that maybe will be a part of the stations of the future,” said NYC Transit President Andy Byford.

The head of NYC Transit accessibility division, Alex Elegudin, said that he is hoping that at least some of the new features can be employed at other stations all over the city over the next few years.

“Accessibility isn’t only what the ADA defines it to be, we want it to go beyond that,” said Elegudin. “We want to change the standard for what accessibility means.”