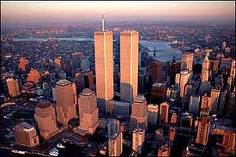 New York City firefighter Timothy Brown sued the city’s Landmarks and Preservation Commission last August 4, in a bid to block the development of a Muslim community center and mosque close to the area where the World Trade Center stood until its destruction by Muslim Fundamentalist terrorists on September 11, 2001. The lawsuit accuses the Landmarks Commission of acting “in an arbitrary, capricious and unreasonable manner” when the Commission made the decision to not grant historic protection to the building now standing where the new Muslim center would be built, thus paving the way for the building’s destruction and the erection of the Muslim center.

Mr. Brown’s lawyers filed a new motion this past Tuesday to stop the developers of the mosque from beginning construction on the site in question. Additionally the motion asks a judge to grant the plaintiff’s lawyers permission to conduct discovery, the pre-trial phase of a lawsuit that allows each side to ‘discover’ evidence using depositions and other methods.

The lawsuit also names additional defendants; Mayor Michael R. Bloomberg, the city’s Department of Buildings, and the developers of the mosque.

Tuesday’s motion also accused the mayor of not responding “in a timely manner” to the plaintiff’s request for public records that would prove the foundation and substance of the lawsuit.
“There is a disturbing pattern of stonewalling by the city and mayor’s office in providing information about what’s clearly been a politically tainted process from day one,” commented Brett Joshpe of the American Center of Law and Justice, a conservative group from Washington which is representing Mr. Brown in the lawsuit.

Mr. Joshpe continued, “With developers moving forward with their plans and the continued lack of response by the city, we’re seeking an injunction from the court to halt the destruction of any of the buildings at issue in the case.”