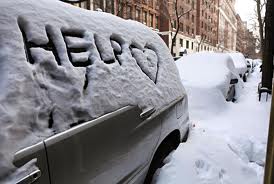 The Bloomberg administration is scheduled to answer some tough questions from the City Council concerning the way the blizzard was handled, especially why the city did not declare a state of emergency.

At Monday’s oversight hearing the members of the council will try to clarify why the city’s top officials, including the mayor, decided against calling for a state of emergency during the blizzard that sorely tried the city’s resources and left the city incapacitated for a prolonged amount of time.

A state of emergency would have allowed the city to have more freedom to clear parked cars making room for snowplows to function properly.

The Council Speaker Christine C. Quinn explained that the main focus of the hearing will be to get clarity on why the state of emergency was not declared when it was clear the blizzard, about 20 inches of snow fell between December 26th and 27th, was going to strain the city’s resources.

“There’s a lot of evidence out there that indicates that that would have been the much wiser course of action” Ms. Quinn said in an interview on Sunday. “New Yorkers deserve information.”