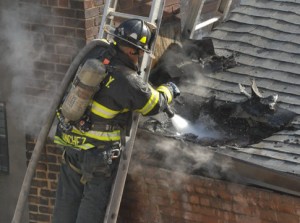 A fire in the attic of the 183-year-old Church of St. James the Apostle almost resulted in the destruction of the historic landmark. The blaze erupted around twelve p.m. on Monday, and firefighters managed to bring it under control in an hour and a half, by cutting a hole in the roof in order to fight the flames. No one was injured, and the cause of the fire is still being investigated.

St. James the Apostle is the second-oldest Catholic Church in Manhattan. The city named the site as a landmark over thirty years ago, in 1966.