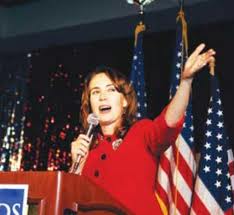 One result of the horrible shooting tragedy in Tucson, Arizona over the weekend will most likely be stepped-up security for all members of Congress, according to several top lawmakers. Arizona federal judges are already the recipients of better security from the United States Marshals Service.

Six people were killed in Saturday’s shooting, and 14 injured, including the seriously wounded Gabrielle Giffords, Democratic Representative of Arizona. Rep. Giffords was shot in the head at point-blank range with one bullet, but miraculously survived, the first news reports from the scene which stated that she had been killed.

Investigators are beginning to piece together the motives of the 22-year-old shooter, Jared L. Loughner as that of an assassination attempt. Much more than that, other than he seems to be a highly disturbed young man, are not yet known at this time.

President Obama has called for one minute of silence on Monday at 11am, in memory of the victims and to pray for the recovery of the wounded.