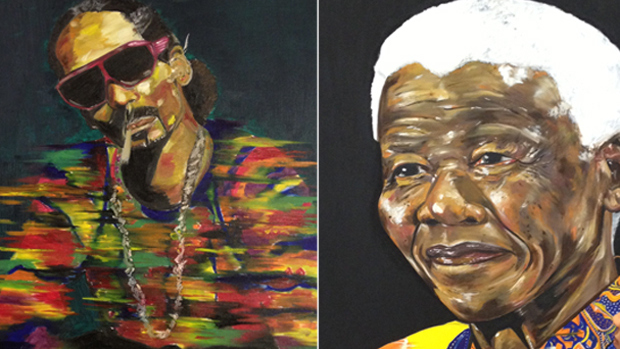 About six weeks after two valuable paintings were swiped from a Williamsburg art gallery, they have at last come back to their true and grateful owner.

The story began in early March when Sean Leonard, co-owner of the Cotton Candy Machine gallery in Williamsburg, realized that three paintings, all done by artist Amar Stewart, were missing. Thinking quickly, Leonard ran after the thief, who was on Metropolitan Avenue holding one of the paintings, a portrait of the painter Jean-Michel Basquiat. Leonard said that this painting alone was worth about $10,000.

Unfortunately the other two missing paintings, one of Nelson Mandela, and the other of famed rapper Snoop Dogg, were not with the thief.

Leonard was able to take hold of the portrait and then pursued the thief, who had fled. The gallery owner kept up with the thief until the police were able to arrest him on Driggs Avenue. Police said that the suspect, 49 years-old Louis Lassalle, was charged with grand larceny and possession of stolen property.

At the time Leonard had mixed feelings about his accomplishment:

“I felt pretty defeated when I walked back with one painting” Leonard said. “But now I’m feeling pretty amazing.”

As of yesterday, April 22, Leonard can feel a bit better, since both of the two missing paintings were returned as part of a plea bargain deal. Each of these two paintings is said to be worth about $8,000.