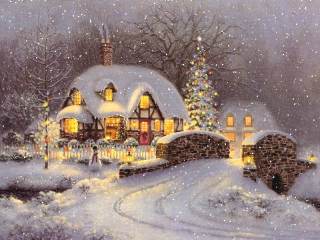 National Weather Service reports are saying that New York may have White Christmas this year. For a Christmas to be legitimately white, there must be at least an inch of new snow on the ground by 7a.m. “If it were to snow on Christmas, but not start till two, then technically it wouldn’t be a White Christmas” says Brian Ciemnecki, a weather service meteorologist in New York.

The last noteworthy snowfall on Christmas was in 2002 when five inches fell, the third-most on record since 1870, according to the weather service. In 2003 there was a symbolic trace of now, but not enough to make it a white Christmas. The most snow ever recorded on a Christmas was in 1909, when there was seven inches- worth.