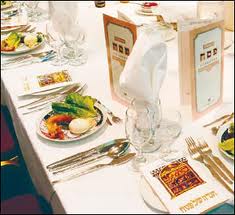 This past Monday evening Jews all around the world celebrated an event which happened about 4,000 years ago: the Hebrew slaves in Egypt leaving their bondage and heading for a life of freedom as they made their way through the desert on their way to the Promised Land. The celebration takes the form of an elaborate, ritualized meal, called a Seder, during which the story of the Exodus is retold and certain foods, such as matzo, bitter herbs and a sweet, mortar-like dish known as “charoset” are consumed as symbols of the variety of subjects discussed during the Seder.

The Seder is just the first of many meals to come as Jews celebrate the week-long holiday of Passover, during which not only do they consume the famously unleavened version of bread called Matzoh, but they are also commanded to refrain from all foods that have the potential to become leavened, such as grains. Therefore wheat, barley and other similar foodstuffs are strictly forbidden during Passover.

But what about foods that Jews were unfamiliar with back in the days of the Bible, like the newest item to make an appearance in Kosher-for-Passover homes around the world, quinoa? Is quinoa, pronounced ki-NO-uh or KEEN-wah, permitted or forbidden for people who keep strictly kosher during Passover?

According to Arlene J. Mathes-Scharf, who is a food-scientist with a specialty in kosher food and also runs a consumer Web site called Kashrut.com, there is not yet a clear answer on the suitability of quinoa for Jews during Passover. As Ms. Mathes-Scharf states:

“I went to hear two rabbis discussing the quinoa situation at my synagogue last week, and they had basically the same information, but they came to opposite conclusions” Ms. Mathes-Scharf said. “Typical.”

The problem seems to be not so much the quinoa itself, which appears to be suitable for consumption during Passover, but rather the packaging process which can sometimes introduce true and forbidden grains, such as wheat, into the container.

Apparently, as the demand for quinoa has risen, so too has the price, motivating more farmers to grow this gluten-free, protein-rich and good-tasting foodstuff. The farmers, mostly found in the wilderness of Peru and Bolivia, also grow wheat, corn and barley, and because there is the potential for some of those other grains to get mixed in with the quinoa, purchasing quinoa for Passover has become a problem.

Rabbi Menachem Genack, the director of the kosher section of the New York-based organization known as the Orthodox Union, or O.U., the world’s largest agency which certifies kosher products, commented on the problem of quinoa’s suitability for Passover. 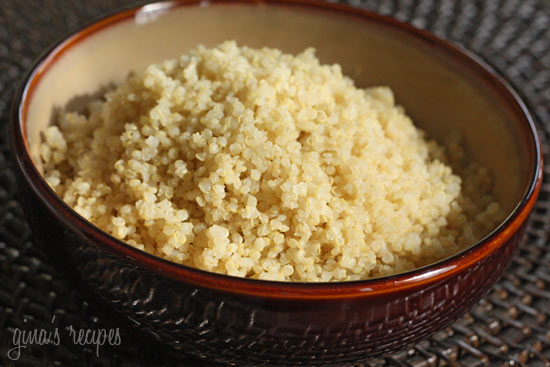 “They may be using the same equipment or bags to harvest a field of quinoa, and a field of something else” he said. “Things easily get mixed up.”

Due to this problem the O.U. has not given quinoa its stamp of approval, and has rather left the decision about quinoa’s consumability up to consumers and their rabbis.

“We recommend that you inspect any product carefully before using it” the rabbi said.