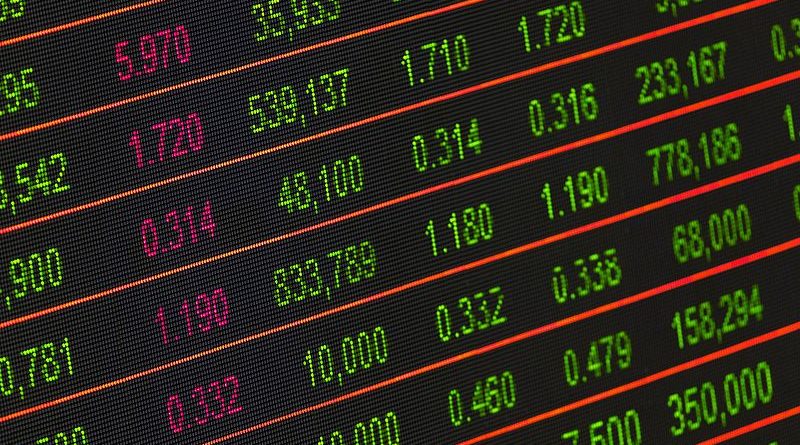 GameStop shares rose from $18 to $483 per share in less than 30 days. What happened and why? Put simply, institutional investors who are allowed to legally “bet” that a share will decline in value were fleeced by a group of individuals loosely affiliated through a social media platform. One cannot help but relish at the delight of watching hedge funds and institutional investors who make a living trading on rumor and innuendo in order profit on the decline of a stock’s value be beaten at their own game by what they view as unsophisticated Reddit posters (but I digress). How did we get here? Why are short sellers not subject to the same requirements to publicly report their short position in the same manner that investors who actually own a stock are required? I reflect on my own experience on the issue of short selling, and some of the inequities in the treatment of these trading instruments and their impact on the market.

I was an MBA student on October 19th, 1987. I recall vividly the post-mortem on the events that transpired, and a yearning to protect against the overt dependency on technological trading that helped trigger the “Black Monday” stock market crash; this crash saw U.S. markets fall more than 20% in a single day. Like is often the case following an economic failure, academics primed by the events of the day looked to opine on other potential economic tragedies which lurked in the darkness. As the discussion shifted to the use of the host of “synthetic” market trading instruments, the discussion quickly moved to wholesome examples of the benefits of these instruments. I recall fondly the illustration of the use of hedging for the benefit of farmers; they were looking to lock in a price for their crop which was going to be harvested in 6 months, and could enter into a futures contract to lock in the current price level. The corollary to this may be a bread manufacturer, who is entering into a contract to sell bread to a retailer at a fixed price, being able to lock in the current cost of the commodity and eliminate the risk of cost inflation. When the narrative shifted to the use of similar instrument for stocks, the illustration shifted towards puts and calls (options to sell or buy a stock) being an instrument to “protect the investors” from adverse price movement. With these wholesome illustrations of how the existence of these types of instruments were being used for such well-intentioned purposes, it appeared to me that these instruments were well conceived tools well-suited to enable risk management.

Now I find myself 25 years later, running a publicly traded company. Diamond Foods was considered a small cap stock (stocks with a market capitalization between $300 million and $2 billion), and our stock was subject to greater volatility as relatively small changes in trading volume could have a meaningful impact on the stock price. It is in this role that I learned of the major impact these trading instruments could have on the equity value of publicly traded stocks. When someone “shorts” a stock, they are in effect borrowing it from someone who owns a stock, and they are compensating the owner of the stock for borrowing the stock. I recall learning from one of our institutional shareholders “I like your stock, as people like to short it, and the compensation I earn from loaning the stock is just another part of my earning stream”. This same shareholder went onto say, “I have bought and sold your stock many times, as I buy it on the dips and then sell it again when it is at a high point”. This disturbing realization was disheartening, as I had mistakenly assumed that large institutional investors were looking to take a position and hold onto companies that had long term topline and earnings potential. Soon my suppositions were confirmed, as based on my experience, many of these firms looked to become familiar with companies and then trade the stock based on their own model and perspective on the peaks and valleys of these equities. It is in this context that I realized they had no issue loaning the shares they were holding in our firm, as overtime they were not always “long” on the stock.

Short sellers are not required to disclose that they have a large short-position in a stock, while investors who own the stock are required to submit a 13D filing if they acquired more than 5% of a company’s shares. Despite recent efforts to require short sellers to disclose their position, the proposed short position transparency act still does not have a congressional sponsor. The 2010 Dodd-Frank Bill required the SEC to gather information on how much stock of public companies have been shorted. A provision in Dodd-Frank required the SEC to issues rules in two years that would provide greater transparency concerning shares that are loaned or borrowed. Another provision requires the SEC to publish monthly disclosures of how many shares public companies have been shorted. Despite this congressional mandate, public regulator have failed to reveal this data. It was a byproduct of this lack of transparency, and the behavior of short sellers that impacted Diamond.

After eight years running a publicly traded company, I had learned how to effectively communicate with shareholders, and did the difficult work of providing quarterly guidance to the market. Our intent was to provide maximum visibility to our shareholders and avoid any risk of violating Reg FD compliance. While we would, on occasion, disappoint the street by providing guidance for the next quarter that was below consensus targets, we would be able to meet or exceed analyst consensus for the quarter, as we were proving guidance in the prior earnings call when the quarter was already half way complete. As we were growing and performing well, our stock was trading at a higher multiple than any other food company in our category; and as a result of our high price to earnings multiple, the stock was heavily shorted.

We had announced a major transaction which would result in merging the company with a division of Proctor & Gamble, through the use of a Reverse Morris Trust transaction that would provide a tax-free distribution for P&G shareholders. The transaction was well received by the market, as it was highly accretive to Diamond, and an attractive tax-free disposition for P&G (which had a low basis on the spin-off business, Pringles). But perhaps the news was received too well, as the stock price more than doubled only a few days after the announcement of the merger, and many short sellers were caught in a short side squeeze. Due to the structured nature of the transaction, it would take nine months to complete the transaction. While many short sellers elected to cover their position, a select group were determined to double down, and increase their short position. Given the large financial downside, they invested significant resources to create a short side analysis model, hired investigative firms to try to find anything negative that they could use to deter the mergers, and even had former reporters developing articles to seed the media with negative content about the company. Once they developed their short side thesis, they even reached out to the auditors and the SEC, asserting a whole host of accusations looking to sully the reputation of the firm. And while these claims were without merit, they did succeed in raising questions that impacted the audit process and ultimately foiled the transaction.

Despite the outcome, I do not have any derision for the short sellers, but rather for the institution whose role it is to provide the transparency that the legislation clearly requires. Hate the game, not the player. The SEC is complicit in the disparity in transparency of those who actually own the stock as compared to those who are shorting it and profiting in hopes of the company’s demise. While Wall Street insiders regularly utilize these synthetic trading instruments, most individual retail investors are not even aware they exist. It is startling to hear politicians wax poetic about protecting the rights of middle-class consumers, when such an inequity in transparency exists, often to the detriment of their very constituents. There may be some benefits of short sellers, such as greater market liquidity and as an instrument to mitigate risk, such as a paired trade. Despite these merits, short sellers should be required to conform to the Dodd-Frank Consumer Protection Act and be subject to the requirement for the same level of transparency as investors who hold a long position in equities.

GameStop revenue has declined by nearly 50% since 2018, and has lost money over the past three years, yet the stock price ranged from $3.77 to $483.00 in the past 52 weeks. It is clear that the trading impact of short selling has had an outsized effect on the market value of this stock, and greater transparency would enable investor to better assess the risk related to their investment. In the European Union, short-sellers are required to provide transparency, as they must notify investors when a net short position reaches 0.5%. If the US implements the provisions in Dodd -Frank and creates greater transparency, it could help mitigate volatility in the US stock market and level the playing field for retail investors.