There are many locations across America where technology start-ups and centers have been thriving. Locations that come to mind include San Francisco, Los Angeles, DC and Boston. One that doesn’t readily come to mind…but might soon…is Arizona. 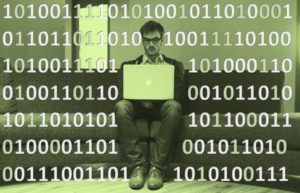 When ZocDoc executives wanted to find another location in America due to employee growth, it made sense to scout out a location on the West Coast to operate during local hours. Entrepreneur Cyrus Massoumi once said in an interview about ZocDoc operations that when they were looking to expand out West from their early New York offices, they “did an assessment of all the various markets that [they] could expand into that were Mountain and Pacific time zones and the Phoenix-Scottsdale area came out head-over-heels above everything else.” Since Massoumi had already spent time in Arizona and was impressed with its “vibrant and high-tech talent pool,” the move made sense.  He explained that “Arizona has a lot of great universities, it’s got great weather, and a lot of people want to be there. The people were happy and I could see that it was a growing community.” That was three years ago. Today, ZocDoc is thriving in Scottsdale.

Others have seen the benefits of Arizona as well. The following observation was made in an article written by Conor Cawley in Tech Co.

“Phoenix, Arizona is not messing around when it comes to their tech ecosystem. The numbers are undeniable and the weather isn’t too bad either. If you’re wondering why this desert city is able to compete with the big dogs when it comes to tech, it should be fairly obvious.”

Chris Camacho, CEO and President of the Greater Phoenix Economic Council to Tech.Co., echoed this sentiment when he said “The Greater Phoenix market is not only attracting leading tech companies from the bay area, but is home to a new generation of tech with Arizona-based companies. There is a strong entrepreneurial ecosystem in the region, and companies are able to access in-demand talent, thanks to the numerous area community colleges and universities.”

This buzz around Arizona as a tech hub is relatively new, starting around 2010 or 2011. When large, successful corporations make their move to the area, (such as Intel and Google), they will certainly be happy to see the changes. As Karen Katzorke said: As a “city with such immense sprawl, small pockets of entrepreneurs have done what many thought was impossible a decade ago: they’ve made downtown Phoenix hip.”