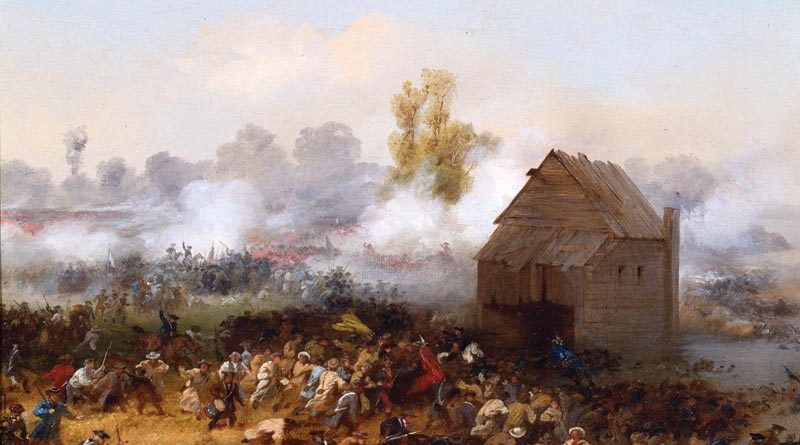 The Battle of Brooklyn was a tipping-point during the American War for Independence. Historians believe as many as 256 soldiers from the Maryland 400 died in this pivotal battle in 1776. Their bravery and fortitude, which stopped the British forces from reaching the bulk of General George Washington’s troops, allowed Washington and his soldiers to retreat to a safer place, but unfortunately was bloody battle resulting in many deaths.

It is now believed that the fallen of the First Maryland Regiment, under the command of Colonel William Smallwood, could be buried in a mass grave in an empty lot on Ninth Street between Third and Fourth Avenues at the meeting point of Gowanus and Park Slope.

Robert Furman, a Brooklyn historian of note and the president of the Brooklyn Preservation Council, says it is a distinct possibility that those heroes are buried in this sometimes-parking lot.

“The state of New York has believed for many years that many of the Maryland heroes who died in the Battle of Brooklyn were buried here,” Furman said.

The historian explained that the Battle of Brooklyn, which took place on August 27, 1776, saved Washington. Therefore, this burial site should be one of equal importance and veneration as the cemeteries of Gettysburg and Normandy. Furman and other historians believe that if the Maryland 400 had not halted the advancing British soldiers, the war could have ended right there and then, in defeat for Washington, putting an end to independence. “These soldiers saved the revolution,” Furman states.

Furman and British-born actor Patrick Stewart of Star Trek fame, who now lives in Park Slope, have been urging for an archeological dig at the site to find out once and for all if this is the elusive mass grave site of the Maryland 400. Since the city is planning to build a new school on the lot, having a dig now is urgent.

“We owe it to those who died here,” Furman said. “It would be a horrible travesty to find out they are buried here and then build on top of it.”