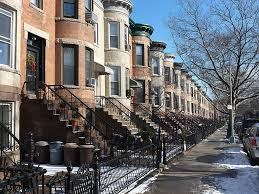 During the past twenty years or so, giving your daughter the name “Brooklyn” has gone from kind of weird and wild, to popular and plucky. Rising from the obscurity of the 912th most popular baby name two decades ago to entering the highly popular zone of the top 30 names in each of the last 3 years, Brooklyn as a name is a sign that the New York City borough has finally made it into the realm of cool and chic.

What has changed in the world to propel the word “Brooklyn” from conjuring up grimy ethnic neighborhoods with residents whose English could barely be recognized as the same language people in Los Angeles speak, to a name for a newborn baby girl? Some say the fact that David Beckham, the English soccer superstar, named his son Brooklyn added some glitter to the name. Others say the popularity of model and actress Brooklyn Decker gave the name some added appeal. Or could it be a slew of TV shows that portray the place Brooklyn as a cool, gritty, in-place?

Whatever it is, the data shows that in 41 or the 50 states, Brooklyn beats all other names for girls that begin with the letter B. And who is not naming the darling daughters Brooklyn? New Yorkers, of course. Brooklyn is a name to give only if you are NOT from Brooklyn.

“It’s almost like a magical place far away that doesn’t exist to them” says parent and Brooklynite Heath Farnsworth-Williams. “For us, Brooklyn is home, and we’d have a hard time trying to make the identity of our home coexist with the identity of our child.”

In 2013 there were over 6,600 girls born in the US who were given the name Brooklyn, according to the Social Security Administration. That ranked the name as the 28th most popular name for girls, sending it past basic names like Samantha, Allison and Sarah.
The resurgence of Brooklyn as a name has echoed the renaissance Brooklyn the place has been experiencing over the past several years.

The 2.6 million residents of the famous borough have seen a steady gentrification of its leafy neighborhoods lined with quaint brownstones, an up-and-coming art and culture scene, and the newly instated professional sports team, the Brooklyn Nets. It’s no wonder Mayor Bill de Blasio pitched Brooklyn as a potential site for the 2016 Democratic National Convention, and not Manhattan.

“There’s no greater way to show admiration for a borough than to name your child after it” says Brooklyn Borough President Eric Adams. “You don’t see too many people calling their children Manhattan or the Bronx.”