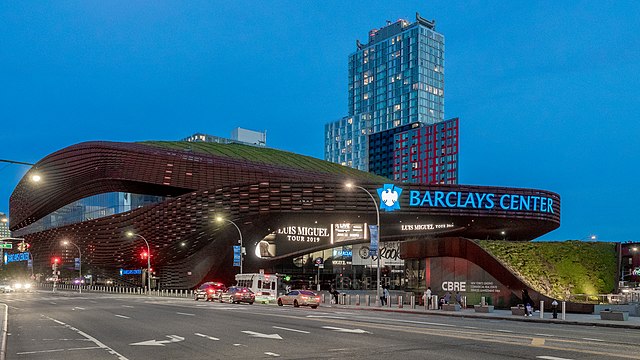 Many Brooklyn residents lined up outside Barclays Center to obtain food and other household supplies, provided by the Nets and the Food Bank for New York City. This was the second time Joe Tsai’s Brooklyn Sports & Entertainment served hundreds of families and individuals who otherwise might not have had any way of acquiring food.

The first pop-up food bank was in late April during which 23,000 pounds of food was given out, along with 1,000 hygiene kits. About 2,000 people benefited that day.

Due to the ravages of the coronavirus, about 40% of New York’s soup kitchens and food pantries were forced to close. Also, schools, where many of the city’s children are fed regularly, are also closed. Therefore, this initiative to feed Brooklyn’s citizens is sorely needed.

“So we’re having to have pop-up distributions so we can be sure we can help the New Yorkers most in need right now,” said Janis Robinson of the Food Bank for New York City.

One woman who came to the food bank explained that for her the donations were a “blessing.”

“Waking up as a mother not knowing where your next meal is coming from is the hardest thing you do. You know what I’m saying. That’s the worst feeling in the world to have,” she said. “So this is a blessing. I know they’ll eat for another week or two.”

In March Barclays Center distributed five tons of food to the city’s food banks which had been bought by Levy, the Center’s concessionaire, for the games and concerts that ended up being canceled. The Nets and Barclays have also kept hourly wage workers on salary, paying them their full salaries and benefits at least until May 31, at a cost of about $6 million.