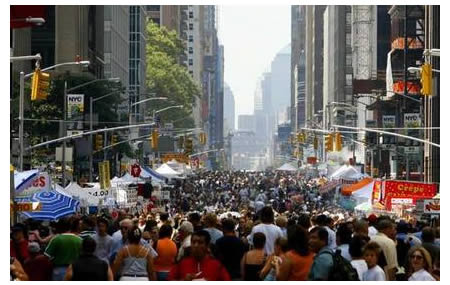 Mayor Michael R. Bloomberg announced last Tuesday that, according to estimates, more people visited New York in 2010 than in any previous year. The probable number, 48.7 million visitors, is a 7% increase over the year before, which was a disappointing 45.5 million. Last year’s numbers have given hope to those who are longing to reach the goal of 50 million visitors annually, perhaps as soon as next year.

The Mayor was speaking at the conservatory in the Brooklyn Botanic Gardens, one of New York’s many places where tourists can see a different and unexpected side of New York’s usual, ultra-urban reputation.