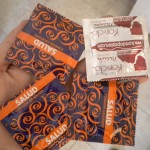 It will be sex ed for all children entering New York City’s public middle and high schools this fall. That’s because, for the first time in almost two decades, a new mandate is calling for required sex ed courses for all students.

During the second semester of the upcoming school year, schools will be required to talk about the birds and the bees with either sixth or seventh grade students, and then again with either ninth or tenth grade groups.

Chancellor Dennis Walcott defended the decision in an email to colleagues, saying,

“We must be committed to ensuring that both middle school and high school students are exposed to this valuable information so they can learn to keep themselves safe before, and when, they decide to have sex.”

Changing Things…One School at a Time

Schools will also give lessons about resisting sexual advances and avoiding being in abusive relationships. Parents will be allowed to keep their children from going to lessons on birth-control methods, if they don’t want them hearing this information; they will not, however, be allowed to keep them out of the course entirely.

Putting the Plan in Place

For some schools, the new mandate won’t create much of a change. A city Education Department survey found that approximately 64% of middle schools and 38% of high schools are already using the sex ed curriculum that has been recommended, but not required up until this point. While schools have been engaging in a one-semester state-mandated health education course, it did not, until now, include a required sex ed component.

Now, those schools that don’t yet have a sex ed course can either hire a new teacher or enlist one who is already part of the staff.

Certainly, this is creating an uproar of controversy in the area.