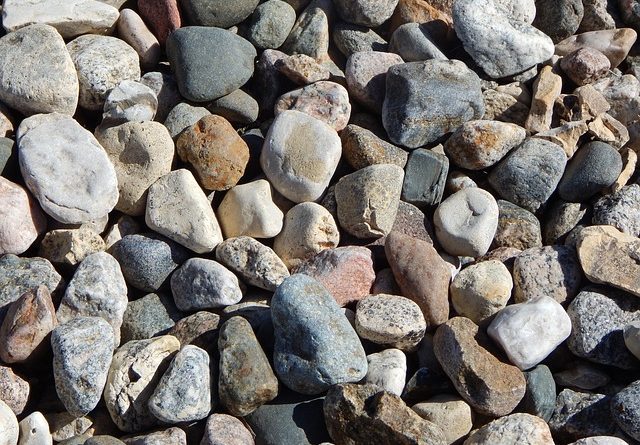 A few enterprising women decided the people of Bay Ridge needed a bit of a “pick-me-up,” and proceeded to create a game the entire community can play together: Bay Ridge Rocks!

Amie Pappas, age 35, and friend Rana Abu-Sbaih, 42, decided to take the mental health of their neighborhood into their own hands and launched the project in January.

“In these tumultuous times, we wanted to add a little joy to people’s lives,” said Amie. “We felt like the community needed that extra little pick-me-up.”

She organized the moms of the PTA at PS 102 Bayview School and they set out to Home Depot and purchased 60 smooth brown river rocks and gray Mexican beach rocks. Their kids, and the women, too, painted the rocks in lively, bright colors and in many cases wrote pithy sayings on them, such as: “U Rock,” “Dream Big,” “Take the Next Step” and “Love With Your Whole Heart.”
The painting of the rocks was just as important to the project as the hunt for them later.

The women then circulated throughout the neighborhood and placed the rocks in a variety of hot spots, like on top of parking meters, flower pots, tree knots, and inside phone booths. Most of the rocks are found on the busier streets like Third, Fourth and Fifth Avenues. When summer arrives the rocks will be found in Owl’s Head Park and Shorse Park.

“Any little cranny we can find we’ll put a rock there,” said Amie, mom to a 6-year-son and an 11-year resident of Bay Ridge.

When someone finds a rock, first they take a picture of it before they hide it again. The picture is then posted to the group’s Facebook page, “Bay Ridge Rocks.” The group now has 300 members, and the touching stories are starting to come in.

“One of the sweetest stories we got was from a woman who found a rock and has kept it next to her husband’s hospital bed for good luck,” said Rana Abu-Sbaih, who’s lived in Bay Ridge for 17 years.