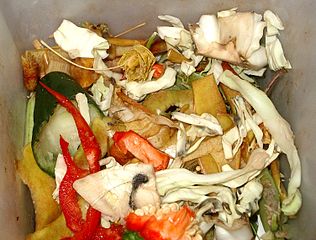 In an effort to reduce waste, which runs rampant in restaurants, one Brooklyn eatery is using its leftovers to create some mighty fine meals.

At 21 Greenpoint, Sunday dinner will run you $21 per person, and you can bet on some delicious surprises coming your way, all made from the ingredients that did not get used the previous week. Some of the five to eight courses you could be treated to could include: mushroom pesto flatbread pizza or seafood stew.

Sunday’s menu is there not only to please its customers, but to also combat the waste of food, says owner Homer Murray, Bill Murray’s son. Across the country an incredible 50 percent of all produce is thrown away. That means about 60 million tons, or $160 billion worth of food just goes to waste every single year.

“We’re concerned with the idea of food waste — all the stuff that gets thrown away,” Murray says. “It seems like a crime against humanity, to see this food being tossed out.”