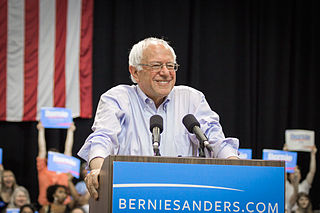 Hillary Clinton and Bernie Sanders, the two front runners in the Democratic bid to win their party’s nomination, already have a series of debates scheduled for the campaign. Coming up is a debate in New Hampshire this week; a debate in Wisconsin on February 11; and a third in March in Florida.

Presumably Clinton checked her appointment book and saw time for at least one more debate, and challenged Sanders to meet her in Flint, Michigan as a way to keep the nation’s eyes on the contaminated water crisis in that Midwestern city. That debate would be scheduled for early March, right before the Michigan primary on March 8.

Sanders’ answer: We’ll be there, but only if Clinton agrees to another debate in Brooklyn.

Brooklyn has meaning for both candidates. Sanders is a native; growing up in Midwood and attending Brooklyn College for one year. Clinton chose to put her national campaign headquarters in Brooklyn, at 1 Pierrepont Plaza in Downtown Brooklyn.

No particular reason was given for the Clinton Brooklyn challenge. We can only speculate that as a strong ‘blue’ state and the newest ‘hipster capital”™ winning New York State and the City would give either campaign a big boost.