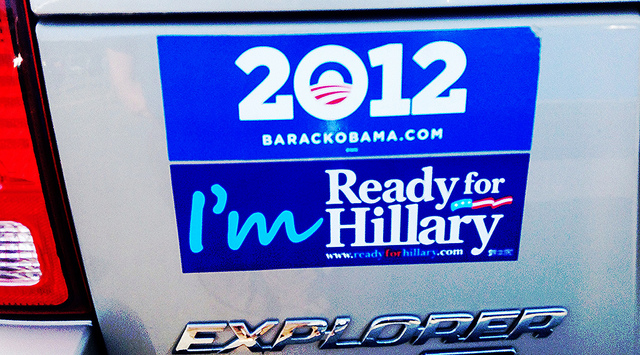 It is expected that former Secretary of State Hillary Clinton will announce her intention to join the race for the Democratic nomination to run for president, any day now. And when that day arrives she will need a place to call her campaign home. Rumor has it that that home may be in Brooklyn.

CNN reported: “Clinton and her team…are nearing a deal for office space at the MetroTech complex in Brooklyn. A lease has not been signed yet, according to a source with knowledge, but very serious negotiations are ongoing and the Clinton team settled on Brooklyn after eying other locations around New York City. Clinton supporters see a number of benefits in Brooklyn, including ease of attracting talent to the New York area and the fact that it’s known for ethnic and socio-economic diversity.”

Setting up shop is not a simple proposition in an increasingly high-rent district like Brooklyn Heights where Clinton’s team has been making enquiries. Rents there are almost at levels found in Manhattan, which is bad news for low-paid campaign staffers who will have to find quarters close to the headquarters. CNN mentioned that the campaign is asking local supporters to open their homes to the young workers.

Another perceived downside is the fact that Brooklyn Heights is only two subway stops away from Wall Street.