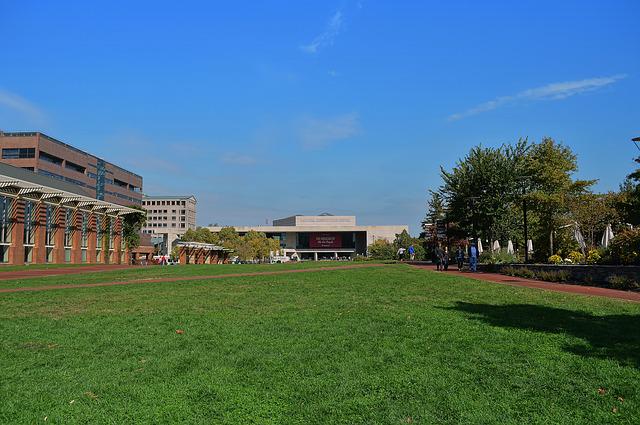 For the past seven years, Brooklyn residents could be found murmuring about a most unusual and interesting art piece that is sure to catch the eye. First debuted in 2015 at Brooklyn Bridge Park, the bright yellow OY/YO aluminum sculpture was moved its current location outside the Brooklyn Museum in 2018. OY/YO is scheduled to be moved again at the end of this month to a new location in Philadelphia, where it will remain for one year. The sculpture will be installed outside the Weitzman National Museum of American Jewish History on April 29, at Philadelphia’s Independence Mall.

Designed in 2015 by Brooklyn pop artist Deborah Kass, the sculpture is a proud 8 feet tall, 16 feet wide, and 5 feet deep. It is based off a painting that Kass had completed in 2011. The unique structure can be read from two directions, offering two very different meanings. From one side, it reads “YO,” reminiscent of the slang greeting when friends try to get each other’s attention. When read the other way, it says “OY,” the Yiddish phrase which is commonly used in American Jewish culture to express regret or disappointment.

Deborah Kass has explained the thought process behind her work: “I created OY/YO thinking about the American promise of equality and fairness and our responsibilities to make the country a better place for all. With hate and division now on the rise, it is urgent to see our commonalities, what we share, and what brings us together.”

OY/YO has not only served as a great conversation piece, but has also fostered many creative photographic opportunities in Brooklyn. With the transfer of the sculpture, Philadelphia residents and tourists are in for some fun.