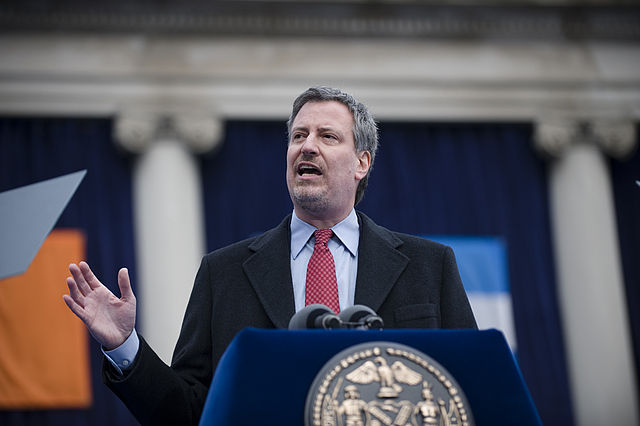 Despite an increase in the numbers of people testing positive for coronavirus in New York, Mayor Bill de Blasio has decided that as of December 7 200,000 of New York City’s 1.1 million schoolchildren will return to full in-school learning.

The year has been a series of openings and closings and combinations of in-school and on-line learning due to the ups and downs of the spread of the coronavirus.

The new school year late this year, between late September and early October. At that time the 7-day rate of positive tests was less than 2%. Then earlier in November schools were suddenly closed again when the positivity rate jumped to over 3% for longer than 7 days.

Parents, students, and others criticized the decision to close schools, especially when bars and restaurants were allowed to remain open. Medical experts say that schools are not the main places where the virus is spreading.

In order to remain open and minimize the danger of schools becoming a place where the virus can spread, weekly testing will be instituted.

The students who will be returning to class on December 7 include pre-kindergarteners, elementary school children, and students with special needs. Middle and high school students will remain in on-line learning mode, according to the mayor, since they are more likely to spread the virus, and can more easily adapt to the remote-learning situation. Younger children will attend school 5 days per week, and teachers and other staff will be tested weekly.

“It’s a new approach because we have so much proof now of how safe schools can be, and this has come from real-life experience of the biggest school system in America,” de Blasio said when asked about his decision to change the threshold for school closures once again. “We feel confident that we can keep schools safe.”