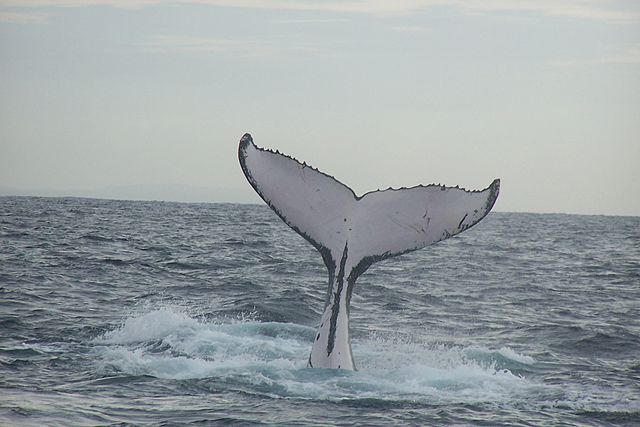 At least one humpback whale is trying to relieve New Yorkers’ frustration that they are stuck at home during the holidays rather than taking cruises to go whale watching. Now New Yorkers don’t have to venture further than New York Harbor to catch a glimpse of an awesome whale seemingly posing at some of New York’s most iconic sites: the Statue of Liberty, One World Trade Center, and others.

The U.S. Coast Guard has been keeping their eyes on this magnificent mammal, estimated to be about 40 feet long, but say they will not interfere unless the whale gets into some kind of trouble.

One Coast Guard Petty Officer said the whales are a normal occurrence in the harbor. Data shows that there have been over a dozen humpback whale sightings over the last few years, some coming within 550 yards of the shore at Rockaway in Queens.

Bjoern Kils, who runs New York Media Boat, a service that brings news crews and magazine photographers across New York’s waterways, said he noticed the whale in the morning near Ellis Island. He quickly began to warn other boats in the vicinity to stay far from the whale in the hope that none of the boats would mistakenly collide with the whale. Some boats that were approaching the whale were the Staten Island Ferry, a cargo ship, and a number of tugboats.

“It’s a bit of a silver lining with COVID that there’s not much boat traffic out here, and the whale has a very good chance of getting out into the ocean,” Kils said as he spoke by phone from his boat.