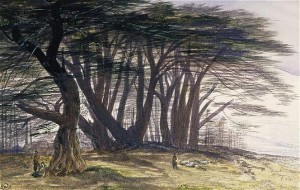 This week, Master Drawings New York of 2011 took place in Manhattan. This was the fifth annual event since the first in 2007. For an entire week, galleries joined forces to display unique works of art and present their specialism to at least twenty five dealers. The event was inspired by the London Master Drawings tradition, which was first launched in 2001 by a small group of enthusiasts seeking to revive collectors’ interest in traditional art during a time when contemporary art was most popular. This year’s participants were from New York, Massachusetts, Connecticut, London, Paris, Madrid and New Yorkshire. All of the exhibits were displayed in galleries in the Upper East Side.