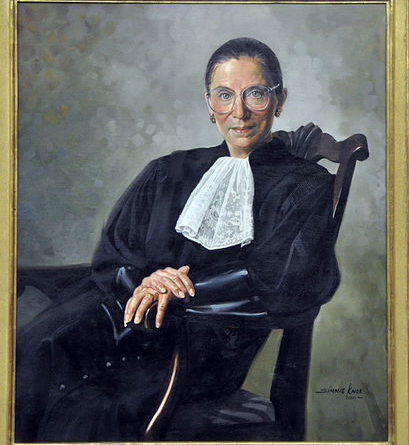 Last month Governor Andrew Cuomo announced that Brooklyn should expect a sculpture to honor and remember one of Brooklyn’s own, Ruth Bader Ginsburg. Often called by her initials “RBG,” Bader-Ginsburg was the second female and first Jewish female justice of the Supreme Court. By the time of her death on September 18, she was the longest-serving Jewish justice.

Bader-Ginsburg was known as a protector of and fighter for the civil rights of those who have been historically marginalized in American society, such as minorities, women, and others.

Artists Gillie and Marc began to work on the sculpture while RBG was still alive, receiving her blessing and instructions to create a dignified representation of the justice.

“We had the honor and privilege to create Justice Ginsburg’s likeness in everlasting bronze as a part of Statues for Equality. The final statue, which she endorsed, reflects her wish to be depicted in a dignified manner,” they said.

“With the two steps on its large base representing the Supreme Court and the climb she made to get there, the work is designed to provide the public with an opportunity to stand at her side, and gain inspiration from her journey fighting for equal rights,” the artists added.

“Recognizing the importance of gender equality and to increase parity in public art, Gillie and Marc created a larger-than-life statue of the late Justice Ruth Bader Ginsburg with her participation and approval,” they said. “The bronze statue will be unveiled on March 15, 2021, which commemorates Women’s History Month and Justice Ginsburg’s posthumous 88th birthday.”

Borough President Eric Adams will declare the day the sculpture is unveiled as Justice Ginsburg Day in Brooklyn. The event will take place at City Point, a mixed-use development in Downtown Brooklyn. The statue will be installed permanently, always reminding people of her legacy.

“This statue is just a small reminder that we all need to set the highest possible standards for ourselves and society,” Chris Conlon, COO of Acadia Realty, a partner in the City Point development, said. “From the people who work here, to the diverse shoppers and shopping at City Point, everyone feels welcome, equal, and respected. We are honored to have this great statue grace our property, and to bring Justice Ginsburg’s ‘path marking’ spirit back to Brooklyn to inspire us for generations.”

March 15, 2021, will mark Bader-Ginsburg’s 88th birthday, which also takes place during Women’s History Month. We are looking forward to welcoming the likeness of this extraordinary woman into the embracing arms of her homies.