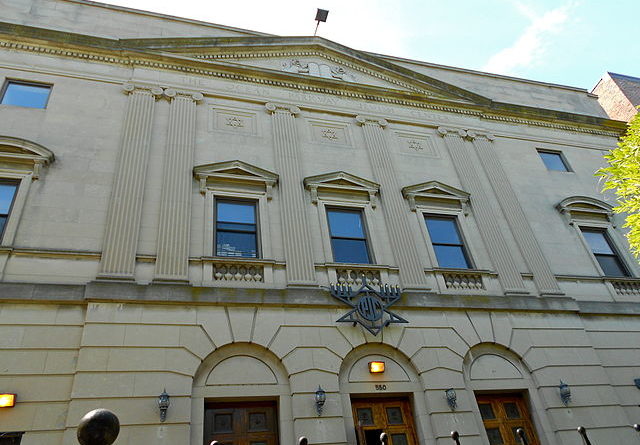 Rabbi Robert Blustein does not need Governor Cuomo nor Mayor De Blasio to tell him that following a few simple protocols, such as wearing a mask, social distancing, and frequent hand washing, can mean the difference between life and death.

Blustein, 51, is the rabbi of the historic Ocean Parkway Jewish Center in Kensington, a role he has had since 2003. The synagogue is in one of Brooklyn and Queens’ 20 COVID-19 “hot-spots” where the numbers of cases have been spiking in recent weeks. To try and slow down and stop the spread of the virus, Governor Andrew Cuomo declared the closure of about 300 public and private schools in nine of the worst-hit zip codes. Those nine areas account for about 7.4% of the total population of the city but over 25% of the newest coronavirus cases during the past two weeks.

“These clusters have to be attacked. New York City has clusters.”

He added that the city has conducted more than 2,000 inspections of businesses to make sure they are following the law by wearing masks and social distancing. So far, the city has issued 883 warnings, but only 26 fines.

“Too many local governments are not doing enforcement. Warnings are not enforcement,” he said. “You will see people die if we don’t do more enforcement.”

Synagogues and other places of worship are only allowed to stay open on the condition that they limit the number of attendees to 50% capacity, which allows for social distancing, and congregants and all people within the walls of the building wear masks.

Rabbi Blustein, tragically, needs no reminding of the importance of these simple, but crucial measures. In March the Rabbi’s father, Abraham Blustein, 85, became the first member of the family to get sick, and sadly die, from COVID-19 on April 1.

“I spoke to him the day before he passed away,” Blustein said. “He was very alert, but I couldn’t see him. They were on lockdown,” referring to the assisted living facility where the elder Blustein was living with his wife and daughter.

Just four days later the Rabbi’s sister, Diane Broughton, 64, died from the virus as well. The funerals were held only a few days apart. No one had the heart to tell Blustein’s mother, Gladys, 87, that her husband and daughter were both gone. When he visited his mother after the two deaths, the Rabbi took off his torn shirt, a Jewish sign of mourning, and changed into an intact shirt, so she would not guess the truth. While talking to his mother through a window, he had to control his emotions.

“I was trying not to cry,” he explained.

At the end of August, only three weeks before Rosh HaShanah, the Jewish New Year, Blustein’s mother passed away, also from COVID-19.

Armed with this personal story, when the Rabbi came back to his congregation in May, he made sure his congregants stayed as safe as possible. The Rabbi had hand sanitizer installed throughout the building and strictly enforced the mandatory mask-wearing rule. He also marked off half the seats in the synagogue to comply with the social distancing of a minimum of six feet between people and the 50% capacity rules. He also required those with honors such as opening the ark or saying a blessing before reading from the Torah, to wear disposable gloves.

Any congregants who did not adhere to these measures were nudged by their rabbi to comply.

“There were a lot of times on Rosh Hashanah I had to go around with masks and tell people they had to wear them,” he said. “I had to explain to them that it’s a rule and they have to allow the rabbi to establish the safety protocol — and besides that, it’s the law.”

“By and large, they put the mask on,” he added. “I suspect some people were doing that because of my personal take.”

Rabbi Blustein, to be a good role model, wears two masks. One that says “Happy New Year,” and a second that reads, “Please talk in shul, but only to Hashem,” referring to one of the Hebrew words for God.

One congregant, though, tested Rabbi Blustein’s determination and single-minded dedication to the health and well-being of his flock.

During the holiday of Succoth, one of his congregants would simply not put on a mask, no matter what Rabbi Blustein said.

“When you insist on not wearing a mask, you are potentially putting other people at risk,” Blustein explained to the contrarian congregant. “I didn’t get into a shouting match. I just kept on telling him he was violating the rule. I was trying to enforce safety.”

In the face of the congregant’s stubbornness the rabbi had no choice but to ask the man to leave.

“I’ve never in my life thrown somebody out of shul,” he said. “I told him he’s not welcome to come.”