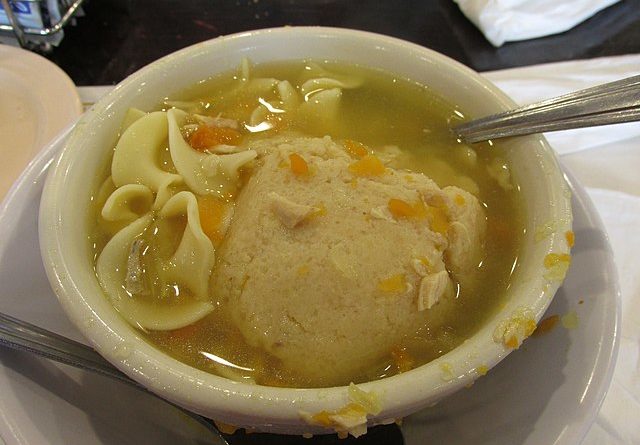 There was a time in New York City when there were over 1,500 kosher delis serving their pastrami-loving customers. Those days are long gone. Since the deli heydays of the 1930s, the number of kosher delis has dwindled to a mere couple of dozen today.

One such deli that has defied the odds and the trends is Gottlieb’s Restaurant in Williamsburg. Perhaps part of its success is due to its adherence to an even more strict set of kosher laws known collectively as “Glatt kosher.”

Gottlieb’s opened in 1962 by a Holocaust survivor from Hungary. Its attention to the strict requirements of Glatt kosher food, including having constant supervision by what is called a “mashgiach,” has contributed to the restaurant becoming a dependable and beloved fixture in the neighborhood, part of the insulated Orthodox community of Williamsburg.

The restaurant resembles closely the way it looked when it first opened almost 60 years ago. The establishment can accommodate 50 diners, who seem quite satisfied with the offerings that have been on the menu since the beginning.

“We have microwaves now,” said Menashe Gottlieb, a grandson of the founder Zoltan Gottlieb. Even though he added that they don’t ever use them.

There menu is filled with the food of Eastern Europe, such as kugels, goulash, stuffed cabbage and one of the most popular items on the menu—matzo ball soup. There are some Hungarian specialties too, like cherry soup, and deli offerings such as humongous stuffed pastrami knishes.

Take you tummy down to Hasidic Williamsburg for an authentic gastronomic trip back in time to the days when the neighborhood was strictly Glatt kosher.