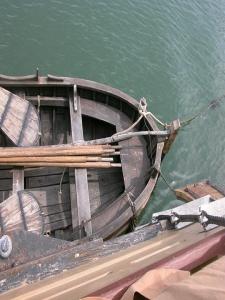 The Metropolitan Museum of Art in New York City has agreed to return nineteen relics to Egypt to be added to the King Tutankhamun collection in the new Grand Egyptian Museum. These artifacts were taken from the boy-pharaoh’s tomb in the early 1900s. The artifacts include small figurines and jewelry such as a miniature dog of bronze, a sphinx-shaped bracelet and more.

The decision to return the items was made after a broad examination of the legitimacy of their origin. Director Thomas Campbell stated that the objects were indeed found in the supposed tomb, and that Egypt’s claim on the antiques was completely justified. The museum team discovered that the items were taken by an archeologist and passed down to his descendants, who later donated them to the Metropolitan.

Egyptian antiquities chief Zahi Hawass expressed his gratitude when he said “Thanks to the generosity and ethical behavior of the Met, these nineteen objects from the tomb of Tutankhamun can now be reunited with the other treasures of the boy king.” He explained that the artifacts will be returned to Egypt next year, and will become part of the King Tutankhamun exhibit in the museum which is currently being built close to the Giza pyramids. The museum is expected to open in 2012.

King ‘Tut’ is one of the most well-known pharaohs in history, because his tomb was found full of gold and other treasures. This year, DNA tests and CT scans performed on the young pharaoh’s mummy revealed that he had died at the age of 19, of a malaria-inflicted broken leg.