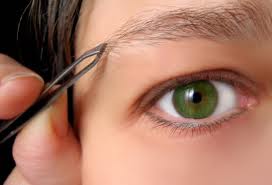 Spring 2008 was not a great time to launch a new business, especially a business like a waxing salon. Times proved to be tough at the beginning for Malynda Vigliotti, owner of ‘Boom Boom Brow Bar’ until she decided to appeal to her market with humor and discounts. Her first sale was called “The Bare Stearns” a Brazilian bikini wax whose usual $49 fee was on special for a mere $30.

Now a full 2 and a half years later Boom Boom is booming, in no small measure due to Ms. Vigliotti’s sense of humor, marketing skills and willingness to give deep discounts on her services. Customers say that they are loyal due to the relaxed atmosphere that Ms. Vigliotti created in what could easily be more of an awkward and uncomfortable undertaking.

Boom Boom Brow Bar is located in a boring block on Seventh Avenue in the West Village. It’s 250 square feet of ripping and plucking could easily be overlooked if it weren’t for the crowds of gossiping women standing inside a room with a disco ball shining through the window.

Check out the fun atmosphere, while getting your eyebrows plucked, or a more intense waxing ‘downtown.”