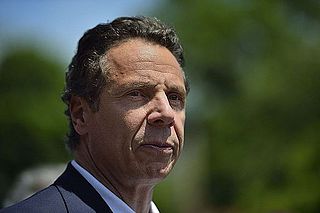 North of New York City we may be seeing the birth of a new international airport with the potential to service visitors not just to the Hudson Valley, but as a gateway to the rest of North America.

Last June Stewart Airport took a baby step in this direction when it inaugurated international service with a Norwegian Air route from Stewart to Europe. More international flights are expected, so Governor Andrew Cuomo is calling on the Ports Authority to spend $27 million on a new permanent inspection station to more easily process the expected growth in the number of international passengers. At the moment, when an international flight arrives, the airport must close off part of the luggage area to process the international travelers, causing a major inconvenience to domestic travelers.

Cuomo has big plans for Stewart, starting with rebranding the airport as New York International Airport at Stewart Field. He would like to see expanded bus service to the New York metropolitan area by the privately-run Stewart Airport Express, as well as private investment of about $7 million to install charging stations for electric vehicles.

The governor released a report on transforming the airport into an “international transportation hub” proving a “world-class passenger experience.”

“By transforming Stewart Airport into a state-of-the-art transportation destination, we are providing an inviting gateway to the region and supercharging an economic engine for the entire mid-Hudson Valley,” he said.

He is looking forward to the opening of the Resorts World Catskills casino in the Town of Thompson, which is scheduled for this coming February. In 2020 Merlin Entertainments is planning on opening a Legoland theme park in Goshen, and “other regional businesses” can benefit from an international airport.

Cuomo will mention his proposal for the renovated airport in his State of the State address which he will deliver this week at the Albany Convention Center.