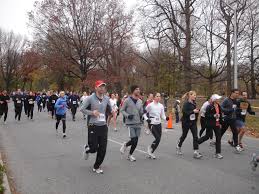 Sponsored by Councilmember Brad Lander and other elected officials including Laurie Cumbo, Steven Levin, and Carlos Menchaca, the seventh installment of the “Brooklyn PTA 5K Fun Run for Schools” took place this past Saturday, raising much needed funds for Brooklyn public schools.

Last year the event raised $10,000, which was distributed among all the schools which participated. This year hundreds turned out in Prospect Park to join in what is the only annual fund raiser in which public schools work together to raise money collectively.

With parents, teachers and students participating organizers expect more than just money to be raised. Each year the run raises consciousness as well, creating an outlet for participants to build relationships so they can work together on important issues facing schools.