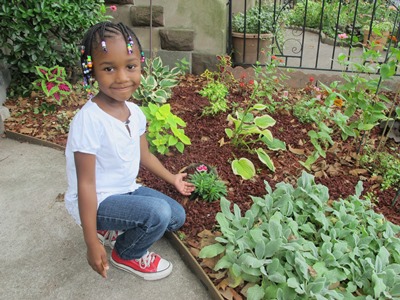 Vegetables grown in a Crown Heights garden could be dangerous, even deadly, warns a report from the state Department of Health which is yet to be released.

According to information which has come to the knowledge of the New York Post, the Sterling Community Garden was found to have three times more than the acceptable level of lead and as much as six times acceptable levels of arsenic. Despite the fact that food grown on the contaminated soil could be, at best, unhealthy, and at worst, deadly, the DOH did not release its findings until the Post filed a Freedom of Information Act request this past March.

“This is insane” said neuropsychologist Theodore Lidsky. Lidsky is a former state researcher.

He said that even much smaller amounts of lead than those found in the garden can lead to serious health problems including brain damage, seizures, and even death.

Yet the people who grow the vegetables in the garden were not forewarned about the danger.

“They didn’t tell us to change the soil” said Catherine Bryant, 70. She has been carefully tending to the garden for the last ten years. Bryant explained that most of the food, which includes collard greens, cabbage, mustard greens, and turnips, is given away for free to anyone who asks.

“That’s a good plot to avoid” urged Dr. Paul Mushak, a toxicologist and human risk-assessment expert. “In the case of any cancer-causing agent, you really don’t want any sizable exposure.”

The urban farmers, however, have not noticed any problems with the produce.

“No one has ever gotten sick that we know of” noted Annie Faulk, 66, who also tends the Sterling Garden patch.