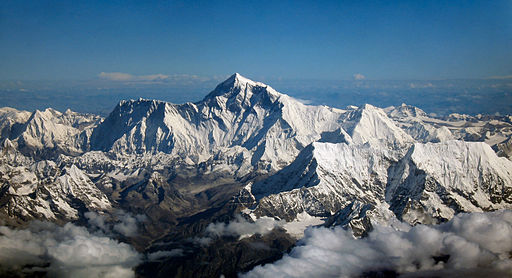 Two friends, Danny Cole, 39, and Mendy Losh, 38, have their friends and family in Brooklyn praying for their safety after devastating earthquake in Nepal. The pair are both originally from Crown Heights although Losh now lives in Los Angeles. The two travel together every year, usually with a third friend, Zevi Steinhauser, 39, who could not accompany his friends this year to Mount Everest.

“I wrote (them), ‘Be careful and stay safe”™ That was the last I heard” said Steinhauser. “I just came back from praying.”

It is thought that Cole and Losh were hiking up to the Everest base camp at the time the 7.8-magnitude earthquake hit Nepal on Saturday. It is feared that close to 4,000 people were killed in the disaster. The shaking caused avalanches on the frozen mountain that have claimed the lives of at least 19 people, three of them Americans.

Zalman Schriber, Cole’s brother-in-law, is acting as a spokesman for the family. He said that relatives were concentrating on the search and have contacted a Rabbi in Nepal who is doing whatever he can to try and locate Cole and Losh.

“He’s exceptionally nice, he’s always willing to help anyone” said Schriber, 25. “He’s very diligent. He worked his way through college with a family. If Danny sees this I hope he’s safe. We’re praying for you and can’t wait to hear from you.”