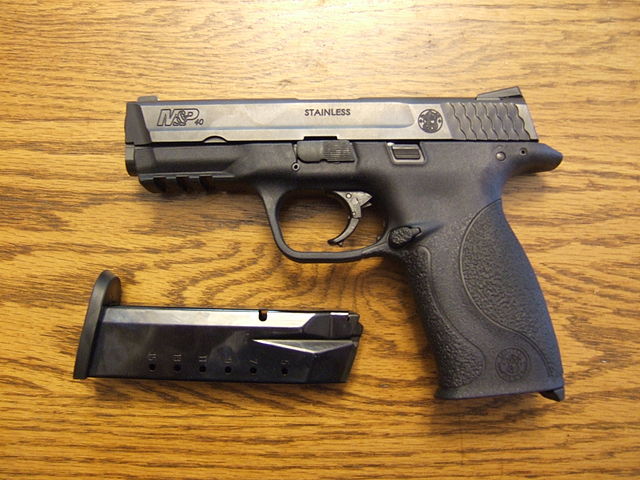 Lixence Exavier, 28, was just minding his own business at the Franklin Avenue Station in Brooklyn when he had a sudden and uncontrollable urge to urinate. If only he remembered that he was also illegally carrying a .45 caliber Smith and Wesson M&P handgun and nine hollow point bullets, (oops) perhaps he would have held it in a little bit longer. At least until he was out of the visual range of alert NYPD Officer Jacobo Rosario.

When Rosario noticed Exavier doing his business at 12:03 am on Thursday morning, he went over to investigate. A quick pat down revealed the handgun tucked into the waistband of his pants, and the bullets in his pocket.

It turns out Exavier has a record with the police, for driving-related offenses. He was charged with criminal possession of a weapon, criminal trespass, (he went to relieve himself in an off-limits area of the subway station,) and for violating a local law prohibiting public urination.

New York Police Commissioner Bill Bratton has come out strongly against the decriminalization of public urination, as well as other so-called “quality of life” crimes. If supporters of decimalization, such as City Council Speaker Melissa Mark-Viverito, were to get their way, police would not be able to arrest offenders or ask for their IDs when issuing tickets.

Until these “quality of life” crimes are indeed decriminalized, we suggest would-be armed robbers at least pee at home, or drink less beer, before embarking on their criminal activity.