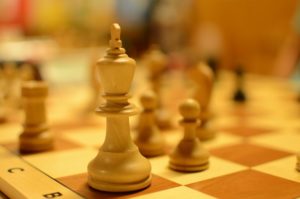 Murrow won its place in the state finals when it triumphed on January 7 this year by retaining its New York City High School Chess Champion designation. It was the 21st time the school came back with the city’s trophy.

The team consists of 25 members, coming from all over the world, reflecting the diversity of Brooklyn’s general population.

Senator Chuck Schumer said that the team members are “the very face of America’s future. What they have done is nothing short of astounding.”