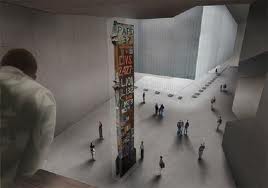 Many Victims of 9/11 Still Unidentified

There are still 1,123 victims of the terrorist attack on the World Trade Center which have not been identified, representing 41% of the total number of victims there. As a result of this distressing situation many relatives and loved ones feel an unbalanced lack of closure.

To add to the confusion, a huge number of body parts were recovered from the site of the disaster. There are a total of 9,041 separate pieces of human remains which have been found, mostly fragments of bone but also some soft tissue which was preserved through a dehydration process. These remains are still being checked by New York’s medical examiner for the possibility of making DNA matches for identification purposes. The last time a match was made was in 2009.

Now the question of what to do with these remains is being debated between the families of the people who have perished but have not yet been identified, and those officials who are planning the National September 11 Memorial and Museum.

Museum officials want to place the remains of the victims behind a wall in the museum, which will be seven stories underground from where the Twin Towers stood. They would like to place a quote on the wall from Virgil about the importance of memory and not forgetting, written with letters hammered out from the steel girders of the WTC.

The families, however, are horrified at the idea that the body parts of their loved ones will become a site in which to draw tourists, and would prefer to keep the remains in a separate memorial, more like a grave-site, above-ground, which will be treated with respect and honor; like sacred ground.

One mother of 28-year old victim, Christian Regenhard, explained her position against the official plans for her son’s remains.

“To allow remains to be put in a museum, really for gawkers” marveled Sally Regenhard. “I personally feel I’ve been robbed of access to where my son’s remains are potentially being buried. My entire family, we will never go in there. This is a post-traumatic stress situation waiting to happen.”

The museum plans on creating a separate room adjacent to the museum’s room, which will only be available to the families of the victim’s so that they can grieve in private. In addition, the remains will be completely out of view from the public. Officials acknowledge that anyone wanting to visit this private space will have to first enter the museum, and the remains will also technically remain in the custody of the medical examiner in the eventuality that they want to conduct more testing at some point in the future.

The director of the museum, Alice Greenwald asserted that the museum’s location at ground zero gives this museum a unique historical opportunity.

“Most American museums have not confronted the particular issue that we are dealing with here” she added. “The only place one could repatriate those remains to is the World Trade Center site.” Ms. Greenwald said that was what a “majority of families have actually said over the years” that they wanted.

Families Not Consulted Before Museum Planned

Not every family is opposed to the plan the museum has taken for the remains of their loved ones. There are even some family members on the board of the museum. But the most outspoken leaders of the organized groups supporting the victim’s families say that they supported all along a memorial for their loved ones similar to the Tomb of the Unknowns, as a separate space from the museum, and were more than just a little surprised to find out about the plans the museum was making for the remains.

All the 2,752 victim’s families received a letter asking for the exact spelling of their loved one’s names for panel that would be displayed at the memorial plaza. The new plan was only made known to them accidently, when they heard about it at a presentation about the museum in lower Manhattan, at St Paul’s Chapel, in 2009.

“The names were important to us, of course, but what could be more important than our loved ones’ remains?” asked Rosaleen Tallon, whose brother, Sean, a probationary firefighter, was killed when the north tower collapsed.