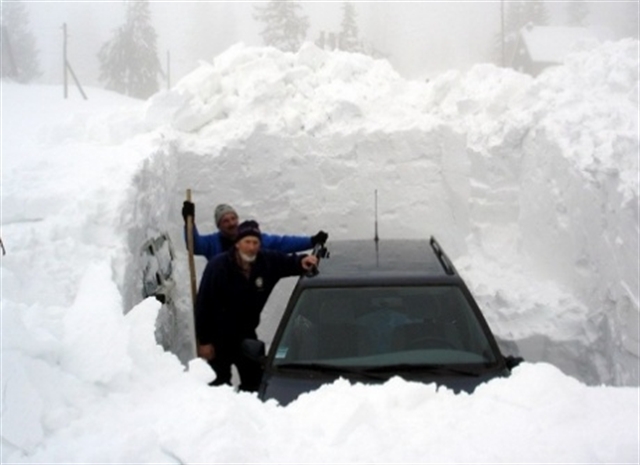 Showing no mercy on hapless motorists, alternate side of the street parking regulations were fully reinstated on Monday despite the fact that many cars were still boxed in by ice and snow after a month of record snowfall in New York City. As a result to the timely kicking in of regulations the city will land a windfall in profits from fining double the average amount of illegally parked cars than they do on ordinary days. Double the average means that 9,910 autos received summonses, instead of the usual 5,460 per day average. What that means in terms of revenue is that at an average of $55 per ticket the city will receive about half a million dollars if all the tickets are paid.

City officials are counting on the collection of these fines to help fund the enormous amounts of money the recurrent blizzards cost; the Christmas weekend blizzard alone cost the city $38 million.

Of course many people will complain to the powers that be that enforcing alternative side parking so soon after the record-breaking snowfalls was simply more than should be expected from mere humans who didn’t touch their cars for weeks due to the weather. What the city really should have done was cut the motorists a little slack and let the snow melt a bit more before expecting people to move their cars at risk of breaking their backs shoveling and scraping.