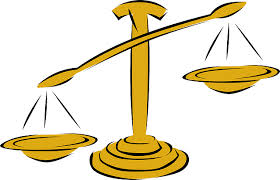 Robert Hill, Alvena Jennette and Darryl Austin, all half-brothers, will receive $17 million as compensation for spending 60 years in prison between the three men. Their convictions for murder, all made during the crime-laden 1980s, were overturned in May by State Supreme Court Justice Neil J. Firetog.

All three cases involved the retired homicide detective Louis Scarcella, whose investigative methods are under investigation. The Brooklyn District Attorney’s office, run by Kenneth p. Thompson is looking into 130 additional convictions, 70 of which are strongly connected to Scarcella.

Scott M. Stringer, the New York City comptroller, stated that the settlements are primarily to help the men and their families. He also stated that the city should try to avoid lawsuits which could lead to even higher damages if allowed to go to trial.

“The 1980s were a difficult time in our city’s history” Mr. Stringer said, “and in a certain way we are sort of unearthing the tangled history of that time period in our court system today. Clearly, our heart goes out to those who have been wrongfully incarcerated” he continued. “We are also very concerned about the impact these cases will have on the fiscal health of the city.”