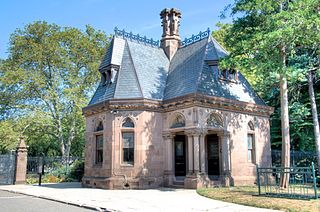 Many restaurants across Brooklyn will no longer be making deliveries to the Fort Hamilton army base. The restaurants are reacting to the June 1st arrest of Pablo Villavicencio by the Immigration and Customs Enforcement agency after being turned in by soldiers at the base. Villavicencio was making a delivery of pizza to the base when he was asked for his ID.

Villavicencio showed the soldiers his ID, which was a New York City ID, a freely issued, government-based card that all city residents can get no matter what their immigration status. After he was asked for a second ID, which he did not have, the soldiers ran a background check. They found that there was an active ICE warrant for Villavicencio and detained him until ICE arrived to take him to a New Jersey detention center, where he is waiting to be deported.

Restaurant owners are now afraid to send deliveries to the base for fear a similar fate awaits their delivery people.

“I won’t send my guys there anymore,” said Josefina Cardoso, owner of the El Puente restaurant in Brooklyn’s Bay Ridge neighborhood. “I would feel guilty if something happened.”

“We have received several calls with request to remove the Fort Hamilton Army Base from their delivery zones,” said Rafi Cohen who works with Orders2.me, a manager of websites and online ordering systems for restaurants in the vicinity of the army base. “They will no longer be delivering food there.”

“We don’t need a problem with them,” added Julianna Oliverio, a cashier at Goustaro deli in Bay Ridge. “We don’t tell our guys to go in there. Have them meet them at the gate.”

The governor of New York, Andrew Cuomo, is not pleased with the arrest and has offered Villavicencio free counsel to fight the deportation order.

Villavicencio has been given an emergency stay of his deportation until July 20.