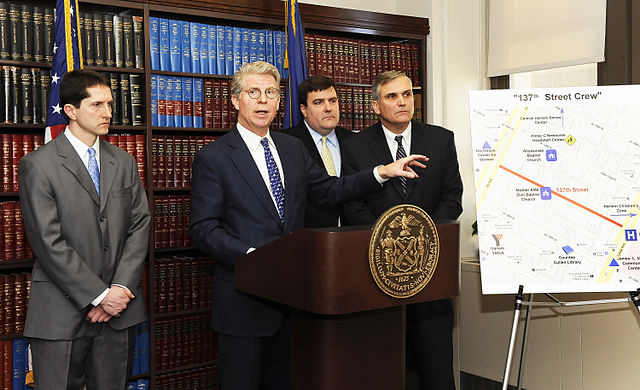 Beginning on August 1st the Manhattan District Attorney’s office will no longer prosecute those caught in possession of or using marijuana. The announcement was made by Cyrus Vance, Jr.

No longer prosecuting such cases is expected to shrink the number of marijuana-related cases from about 5,000 to about 200. The DA will be meeting with Mayor Bill de Blasio and the police to decide on what exceptions will be make to the new policy in the near future.

The new policy was revealed along with a report called “Marijuana, Fairness and Public Safety.” The report is based on a six-month study in which law enforcement officials from places where there is no prosecution of marijuana possession or use were asked about conditions in their districts.

The study found that people of color are arrested at higher rates for marijuana possession than their white peers. They also so that most of those arrests take place in black and Hispanic neighborhoods and not in neighborhoods where whites dominate.

“The dual mission of the Manhattan D.A.’s Office is a safer New York and a more equal justice system,” Vance said. “The ongoing arrest and criminal prosecution of predominantly black and brown New Yorkers for smoking marijuana serves neither of these goals.”

The report also recommends legalization and regulation of marijuana production, distribution, use and sale in New York.

“For too long, black and brown communities have borne the brunt of overzealous marijuana enforcement and the war on drugs,” Anthony Posada, supervising attorney of the Community Justice Unit at The Legal Aid Society, said.

“Today’s announcement from the Manhattan District Attorney is progress, but this issue ultimately falls on Governor Andrew Cuomo and the Legislature to rectify state-wide. New York State must repeal existing marijuana laws as many other states have done, otherwise New Yorkers will still be subjected to biased enforcement and needless loss of access to student loans, subsidized housing and other public benefits, and, for non-citizens, the risk of detention and deportation.”