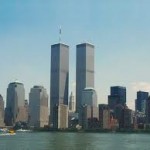 The group at the site broke into jubilant cheers and sang a rendition of “I’m Proud to be an American.”

On Sunday, President Barack Obama explained that Osama was killed in an operation last week led by United States forces. Last Sunday a small team of Americans killed bin Laden in a compound in Pakistan, in the town of Abbattabat. The team has taken custody of his remains, and American officials say that they are handling them in accordance with Islamic tradition.

The operation was ordered after Obama received undisclosed intelligence information that a custom-built compound with two security gates harbored Osama. The compound was said to have walls as high as 18 feet topped with barbed wire. CIA agents who analyzed the location concluded, time and time again, that it must be harboring Osama.

As the president said, “Justice has been done.”

Other Leaders Way In

In response to the events, President George W. Bush issues a written statement applauding the death as a momentous achievement. As Bush said, “The fight against terror goes on, but tonight America has sent an unmistakable message: No matter how long it takes, justice will be done,”

Obama, in a subdued tone during his brief announcement, said that while the death of bin Laden was “the most significant achievement to date in our nation’s effort to defeat al-Qaida” that, “His death does not mark the end of our effort. There’s no doubt that al-Qaida will continue to pursue attacks against us. We must and we will remain vigilant.”

For now, people around New York, and across the world, are busy celebrating the great victory of the day. In Time Square, dozens stood together making phone calls and snapping pictures. A large group has also gathered outside the White House yelling “USA! USA!” and waving American flags.