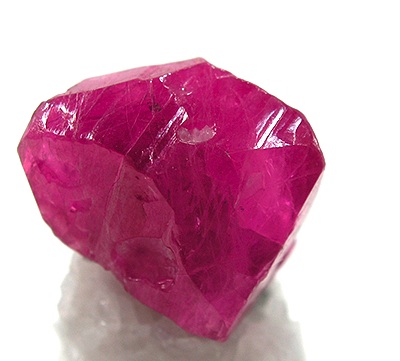 Arena Investors, the New York-based money management company, has thrown a life-line to Mustang Resources for $19.95 million in funding.

Arena is one of ruby miner Mustang’s main institutional investors. The firm, which manages over $750 million in assets, forged a deal with Mustang to issue a convertible note to provide the cash the mining company needs.

At the end of September 2017 Mustang had only $736,000 left in its bank account. At that time, it had also completely cashed in on its previous convertible note, also issued by Arena, for $8.5 million. The new note can be withdrawn in seven installments, with the first one valued at $1.9 million as soon as the deal is finalized.

Mustang is also planning on raising and additional $4 million with a one-for-five non-renounceable entitlement issue at 2.6 cents per share.

Executive Director Ian Daymond of Mustang told investors that, “The funding arrangement and the proposed entitlement issue will provide the company with the assurance of substantial capital to continue the development of its Montepuez ruby project and the ability to accelerate the advancement of the high-grade Caula graphite project in northern Mozambique.”

The mining company’s share price of 3.1 cents did not change after the announcement. Since last October the stock value lost 85% of its value, which had been at a 52-week high of 20 cents.

Mustang, the world’s only listed ruby miner, blamed its woes on its gem-grading system which led to failure of its October ruby auction, which was its first. The auction netted for the company only $713, 456, representing only 7% of the total of 405,000 carats it was offering for sale.

With the backing of Arena, Mustang hopes for better results in the future with a new “highly definitive grading system” and a few small test sales through private traders in Asia over the next few months.