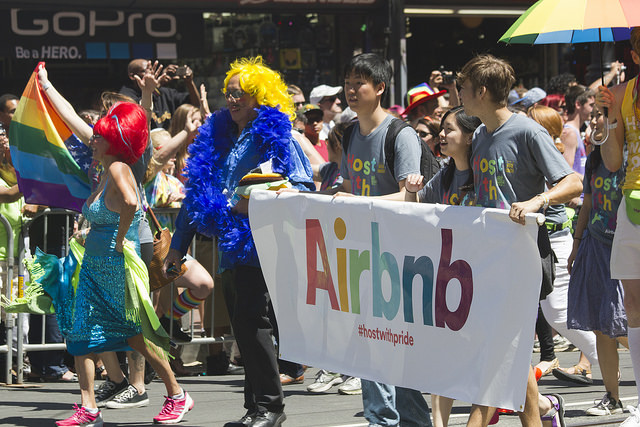 The report, which was commissioned by affordable housing advocates, longtime critics of Airbnb, found that 55 percent of the approximately 51,000 Airbnb listings in New York are in violation of a state law designed to promote affordable housing. The law states that it is forbidden to rent out an apartment in a building with three or more units for less than 30 days if the permanent resident of the apartment is not there. The report also states that more than one-third of New York’s Airbnb listings are considered commercial. That means that the properties main function is as a source of income through short-term rentals rather than as a dwelling place for the owner or host.

Furthermore, according to the report, Airbnb is directly impeding Mayor Bill de Blasio’s plan to create and/or preserve about 20,000 affordable housing units each year for the next ten years. The study found that in neighborhoods where Airbnb is the most popular rents have risen the fastest. Airbnb, according to the report, has hit Bedford-Stuyvesant, an historically African-American neighborhood, especially hard. The report states that Airbnb is speeding the process of gentrification in the neighborhoods where it is popular, contributing to the scarcity of affordable housing.

The study pointed out that hosts in New York City generated about $1 billion in 2015. Airbnb receives a percentage of that revenue.

Affordable housing advocates praised the report as further proof that Airbnb was making difficult problems in New York worse. Airbnb criticized the report, saying it is further evidence that entrenched hotel groups, astigmatic politicians and other special interest groups are squashing the positive effects the short-term rental service has on the city. They cited the facts that more customers are brought into minority neighborhood businesses, and that income is generated for people who need the money.