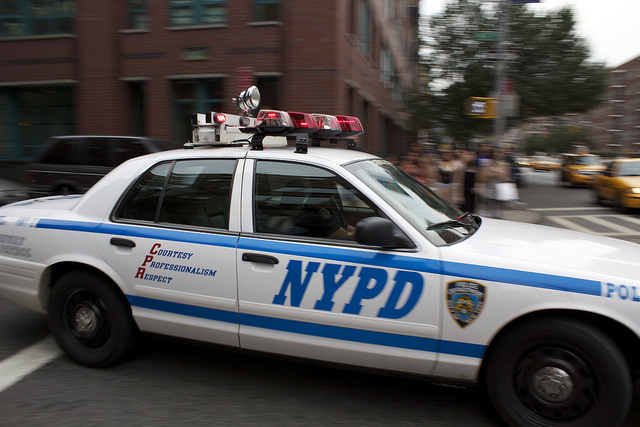 Two policemen of the 84th Precinct were about to go out on patrol when they were confronted with a disturbing sight: two swastikas were painted on the marked car, and one tire was slashed.

The incident occurred in Downtown Brooklyn on Gold Street right in front of the police station. The policemen discovered the defaced car at about 6pm last Monday evening. One swastika, which was the pre-eminent symbol of the Nazi party during World War II, was found on the hood of the car, while the other was drawn on the door.

Police are investigating and searching the area carefully for the culprit or culprits, hoping that nearby surveillance cameras can lead them to the criminal(s).