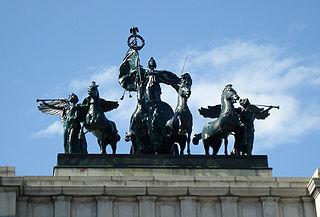 A man was charged with stealing a crane and defacing the stone arch in Grand Army Plaza on Sunday, December 29, 2019. He inexplicably wrote in large, black, all-caps, fancy lettering “Bird God.”

The man was identified as 36-year-old Denis Shelagin of Washington state. According to the New York Police Department Shelagin pinched a cherry picker at 12:30pm on Sunday, and climbed up in the elevated work platform to inscribe his message on the famous Soldiers’ and Sailors’ Arch. Unfortunately for the tagger, he had no way to lower himself when he was finished, so he was helped down and then arrested by the police.

The police immediately covered the message with a blue tarp, and later charged the man with graffiti-making, criminal mischief, and grand larceny.

It was disclosed two days later, in court, why Sheligan tagged the arch with those particular words. On December 31st, during his court appearance, the man explained that he was told to tag the arch in a letter from his great-great-grandfather written in 1960. He also stated that he wanted to raise awareness about the untimely demise of pigeons in New York. He also explained that he was afraid he would be harmed in some way if he did not fulfill his great-great-grandfather’s wishes.

Shelagin was released without bail and is expected to appear in court again on March 20, 2020.