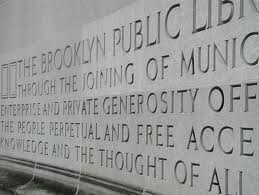 Two New York librarians, Christian Zabriskie and Lauren Comito, were recognized by the Library Journal for their work creating Urban Librarians Unite, an organization that advocates for urban librarians and other related causes.

The pair won the “Librarian of the Year 2020” award, given by the 140-year-old publication, Library Journal, which began recognizing excellence in librarianship 30 years ago.

“Lauren and Christian’s dedication to libraries, librarians, and all those who support our institution is beyond bounds,” said Nick Buron, chief librarian and senior vice president of Queens Public Library (QPL). He was the one who hired Zabriskie for his first QPL position and indirectly supervised both honorees.

“For ten years, I have witnessed them spending long nights, rallying in the rain, and literally using a megaphone to scream the values and necessity of libraries and their dedicated workers,” Buron added.


Comito and Zabriskie started ULU in 2007 as a vehicle for librarians to join together, but it soon metamorphosed into an advocacy organization as librarians were being laid off from their jobs during the 2010 Great Recession.

The group works to raise money for all three of New York City’s library systems via the Save NYC Libraries campaigns, including a 24-hour “Read-In,” a “mass zombie shuffle” across the Brooklyn Bridge to City Hall on Halloween, and a “flashmob mass hug,” which took place in 2011.