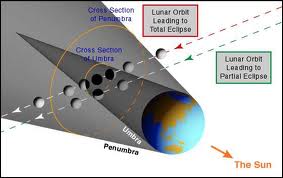 In a coinciding of events that hasn’t been seen in 456 years, there will be a lunar eclipse occurring on the very same day as the winter solstice this year, on Tuesday.

The winter solstice, which occurs every year on December 21st, is the shortest day of the year, meaning that on that day there is the least amount of daylight reaching the northern hemisphere of the planet earth. After the 21st of December days begin to get longer, until daylight and night time are equal, which occurs on the day of the spring equinox, which occurs on March 21st. From that day until the first day of summer, which is also the summer solstice, the days continue to get longer until they are the longest on June 21st.

A lunar eclipse is also a pretty common event, occurring usually several times each year. This happens when the earth’s shadow from the sun falls directly on the moon, blocking our ability to see the moon, since the moon’s light is entirely reflected light from the sun.

Shane Hawkins, professor of Greek and Roman studies at Carleton University in Ottawa said that the winter solstice is “seen as a time of rebirth or renewal because, astrologically, it’s a time when the light comes back.”

Although Hawkins has not seen mention of these two events coinciding or of having been of special significance to the Greeks or Romans, he did believe it would certainly have been considered something special.

“If (the eclipse) happened on the 21st, they might well have been drunk,” he said.

Robert Dick, an astronomy instructor at Carleton said, “It’s quite rare, but there’s no profound significance. Its luck of the draw; you got dealt four aces.”

Look out for this rare event beginning a bit after midnight Eastern Standard Time on Tuesday. The full eclipse will begin at 1:30am ET and end at 5:30am with the siting again of the moon.