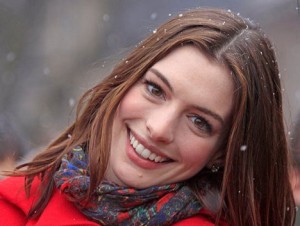 The students of New York City’s PS 22 school had a surprise visit from Hollywood star Anne Hathaway during their Annual Winter Concert. During the performance, Hathaway got on stage and announced that the entire choir was invited to perform in the Academy Awards in February; the biggest gala in Hollywood! The students were thrilled, of course, and the clapping and cheering was not easily stopped.

Anne Hathaway will be hosting the 83rd Academy Awards alongside James Franco. The actors will be the youngest to host the ceremony in decades.